What I Am Thinking About 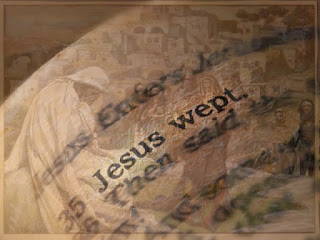 Not just our nation, but the world was given yet another cause to weep this past Friday.
I won't repeat the details of the source of our collective sorrow - we've all been exposed to the facts, figures, what ifs, speculation, interminable interviews and now sorrow filled funerals far too many times over the past three days. But I do have a few thoughts to share.

It's taken me a few days to know just what to write. Part of that time, I was doing Mom stuff with my now 15 year old daughter. Most of that time, I had the tv news turned off. Not because I didn't care, not because my heart didn't hurt for the hurting, but because not only have we seen tragedy far too often lately, but in our home, we were marking a happy occasion.

My daughter turned 15 last Friday and it was completely natural and wonderful and joyous to celebrate another year of her life.
I didn't feel guilty, didn't call off her party, didn't cancel the cupcakes. What I did do was hug her tight and tell her - like I do every day - that I love her with all my heart. That she makes me proud. That she brings me joy. That I love watching her grow and mature into the lovely young woman she is becoming.
And it felt good and right and normal. Because it is.
Because I know that each of those parents who lost a child last Friday - even those whose children were grown - would do the same thing. It's what we do as parents - we love on our kids even when the world around us seems to be imploding.

As a former police officer, I know how important it is to continue to do what's normal when crisis happens. It's doing the stuff of everyday life that keeps us among the living, even when we are touched by tragedy.
And we all were touched by this tragedy.
It's yet another reminder that unspeakable evil exists in this world.
Evil that came to be when sin entered the Garden through the disobedience of humans who were created by God, in His image.
That may not be a popular thought right now, but it's the truth and I won't dance around it.

Evil is all around us. Sin is all around us.
We are a sinful people.
God did not intend for it to be this way, but through those original choices, it is, and the master of all evil is having a field day right now.
And he really loves it that so many are shaking their collective fists at God right now demanding to know why He allowed this tragedy to happen.
Lamentations 3:31-33 says this: "For men are not cast off by the Lord forever. Though he brings grief, he will show compassion, so great is his unfailing love. For he does not willingly bring affliction or grief to the children of men."

Verses 22-23a say this: "Because of the Lord’s great love we are not consumed, for his compassions never fail. They are new every morning"
And verse 25 says this: "The Lord is good to those whose hope is in him, to the one who seeks him"


So, even though God allows grief and suffering He also provided our greatest and only hope - his son Jesus Christ. His purpose was that through the birth, death and resurrection of His only son, we could be reconciled to him and he promised that he would remember our sins no more.

The book of John 11 tells the story of when Jesus wept. It was the occasion of the death of his friend Lazarus. As we read the story, it's easy for us to believe that Jesus wept at the loss of his friend. But it was so much more.
He wept with compassion for those who were mourning the loss of their brother and friend
He wept with heartache for those who blamed him for letting Lazarus die - he really could have healed him you know. But he chose not to because there were those who needed to see the miracle of resurrection to believe it.
And Jesus wept despairingly for those of us who would not see His own resurrection to come and as a result of not seeing, would not believe.
We are willing to believe that evil exists in this world because we see it all around us. The human race is desperate for a solution, a salvation. We latch on to anything that makes sense, that we can explain, that we can understand.
And it leaves us with unanswered questions still.
Why then are we not willing to believe in the only hope we have of overcoming that evil? Of answering those questions? It is this that caused Jesus to weep.

I've heard the question "Where was God?" repeated a lot since last Friday.
The answer is that He was right there in the midst of the horrific scene.

He gave courage to the heroes.
He shielded the survivors.
He held the hands of the wounded.
He carried the dying through the gates of Heaven.
He gave strength to the first responders.
He provided resolve to the investigators.
He gave - and is even still giving - comfort to the ones who mourn the loss of loved ones.
He whispered peace to the father who offered forgiveness for the attacker.
He weeps with compassion with those who weep.

With a courageous heart,
~~Robin

I welcome and encourage comments provided they are respectful to all. A respectful exchange of ideas is a good thing so tell me what's on your heart too. I reserve the right to not publish any comment containing crude or offensive language or any that would disparage someone else. 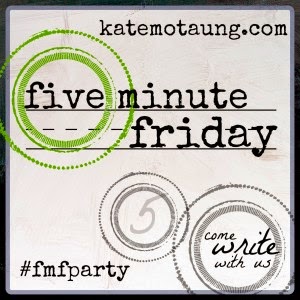 Links to Check Out!